This week the MBTA unveiled their proposed Bus Network Redesign. I wanted to take the time to look at this proposal and digest the changes before commenting. Now that I've had that opportunity, I'd like to share my take on the proposal's impact on Somerville.

In short, I see a very mixed bag here. The MBTA touts an increase in bus service and a decrease in headways (intervals between buses). These are great things. Improved reliability and frequency of buses are going to help encourage folks to shift their modes of transit to use public transit more. So these "high-frequency" bus routes are extremely welcome.

Unfortunately, this is coming at the cost of the variety of routes covering our city. I have real concerns about some areas of our city that seem poised to be see a reduction in bus service. These are the areas most in need of quality public transit. I'm also disappointed in the number of north-south routes and the lack of connections to the new Green Line stations opening in our city later this year. 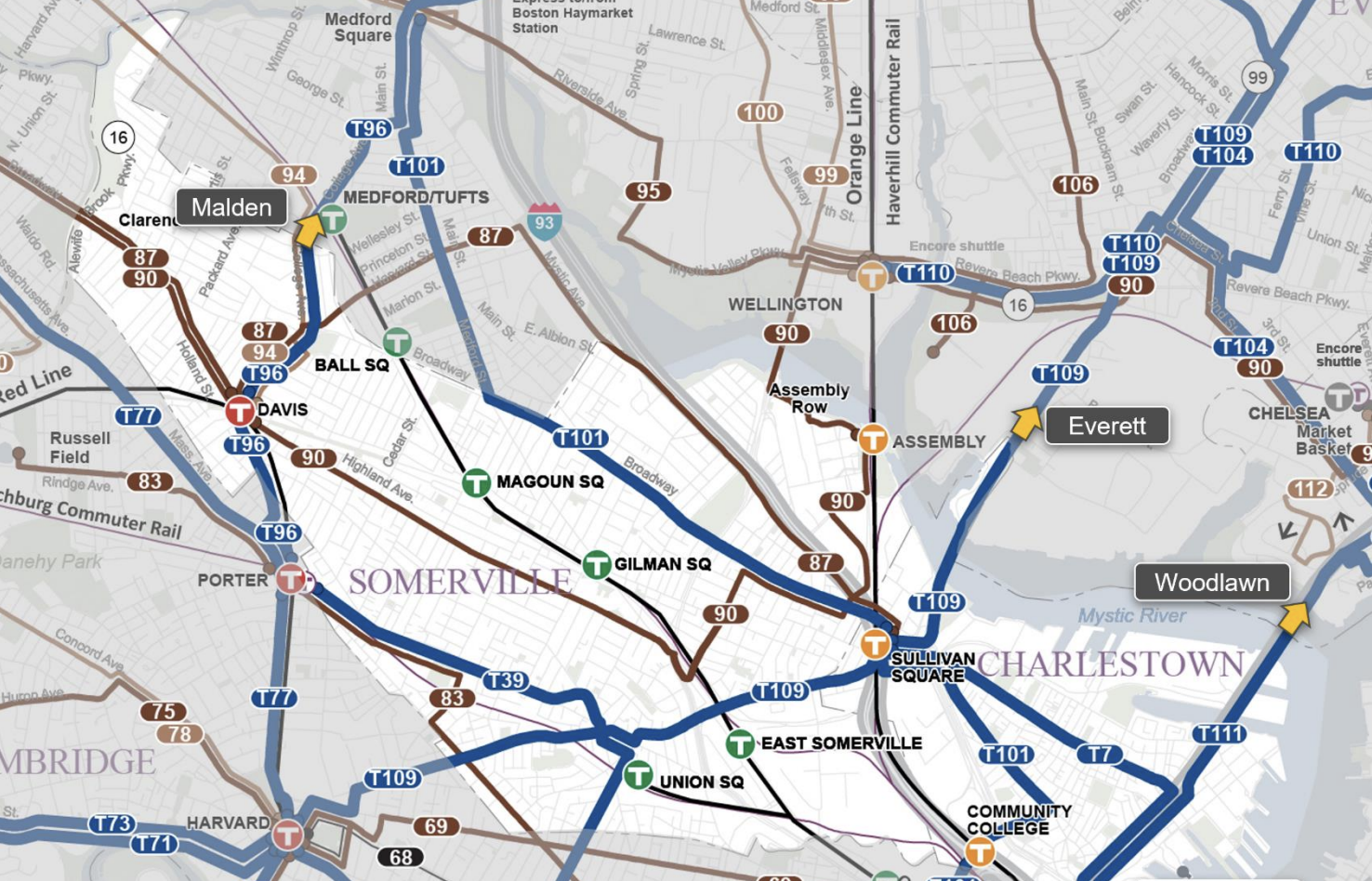 I really wanted to see bus routes linking those of us in the 02145 zip code with the East Somerville and Gilman Square stations. So I think this is a real missed opportunity, and it raises serious concerns about equity for parts of our city that too often feel overlooked and left out.

I also look at the lack of bus service proposed for Alewife Brook Parkway as a shortsighted mistake. I think a bus route there could be a great link between Alewife Station on the Red Line and the proposed future Route 16 Station of the Green Line. And designating stretches of Alewife Brook Parkway as Bus Only lanes could help bring the necessary traffic calming of a de facto road diet to Route 16.

I want to stress that this is a proposal. So we all have the opportunity to weigh in and (hopefully) influence the final outcome. And I genuinely believe we can do better. So please take some time to submit feedback online and attend the June 16 Inner Core Virtual Public Meeting.

Here are some additional things I'd like to highlight at the moment:

Speaking out against hate
I was heartened to see the joint statement put out by local leaders in response to this past weekend's racial violence in Buffalo. The terrorist in this case allegedly was motivated by racial hatred stemming from the Great Replacement Theory that claims white people are being replaced intentionally in this country through immigration. It's an incredibly stupid and odious theory that's been amplified by Tucker Carlson and his ilk in far-right media. And it needs to be called out and repudiated, particularly when we see the real damage it causes to our society.

Meanwhile, in Southern California a Taiwanese church was attacked on Sunday in what appears to be a nationality-based hate crime. This comes on the heels of a string of violence against AAPI folks and occurred during AAPI Heritage Month, no less. I've had a number of AAPI friends and constituents talk to me about how they've been impacted personally by these incidents. So I want to lift up our city's AAPI community and stand with them in this moment.

Dog kennel license revocation
Those of us on the Licenses and Permits Committee have heard from a decent number of of constituents about our recent decision to revoke the license of a local dog daycare, boarding, and grooming business. Some of these folks have been grateful, some have been upset, and some have sought more information on a decision that I knew would negatively impact a lot of dog owners in our area, but felt obligated to make nonetheless.

As a dog owner myself, when the Animal Control Officer says they have concerns about a dog kennel's commitment to animal welfare because of overcrowding, that's extremely alarming. Then consider the fact the business in question operated unlicensed for nearly two years after the expiration of their previous license and their failure to comply with the terms of their new license for even one week, and you'll understand why the Licenses and Permits Committee voted unanimously to revoke the permit. If you want to know the details, those are all in the minutes of the May 5 meeting.

Water features in parks
The heat wave in this weekend's forecast has led to a number of questions from the public about turning on the water fountains and features in our parks and public areas. Typically this happens on Memorial Day, but with climate change bringing more hot days earlier and earlier in the calendar, there's a real appetite for moving up the start date for this.

I'm happy to report the City isn't waiting around for Memorial Day. Crews currently are working on repairing any damaged infrastructure and getting these water features turned on as quickly as possible. The following water features will be on this weekend: 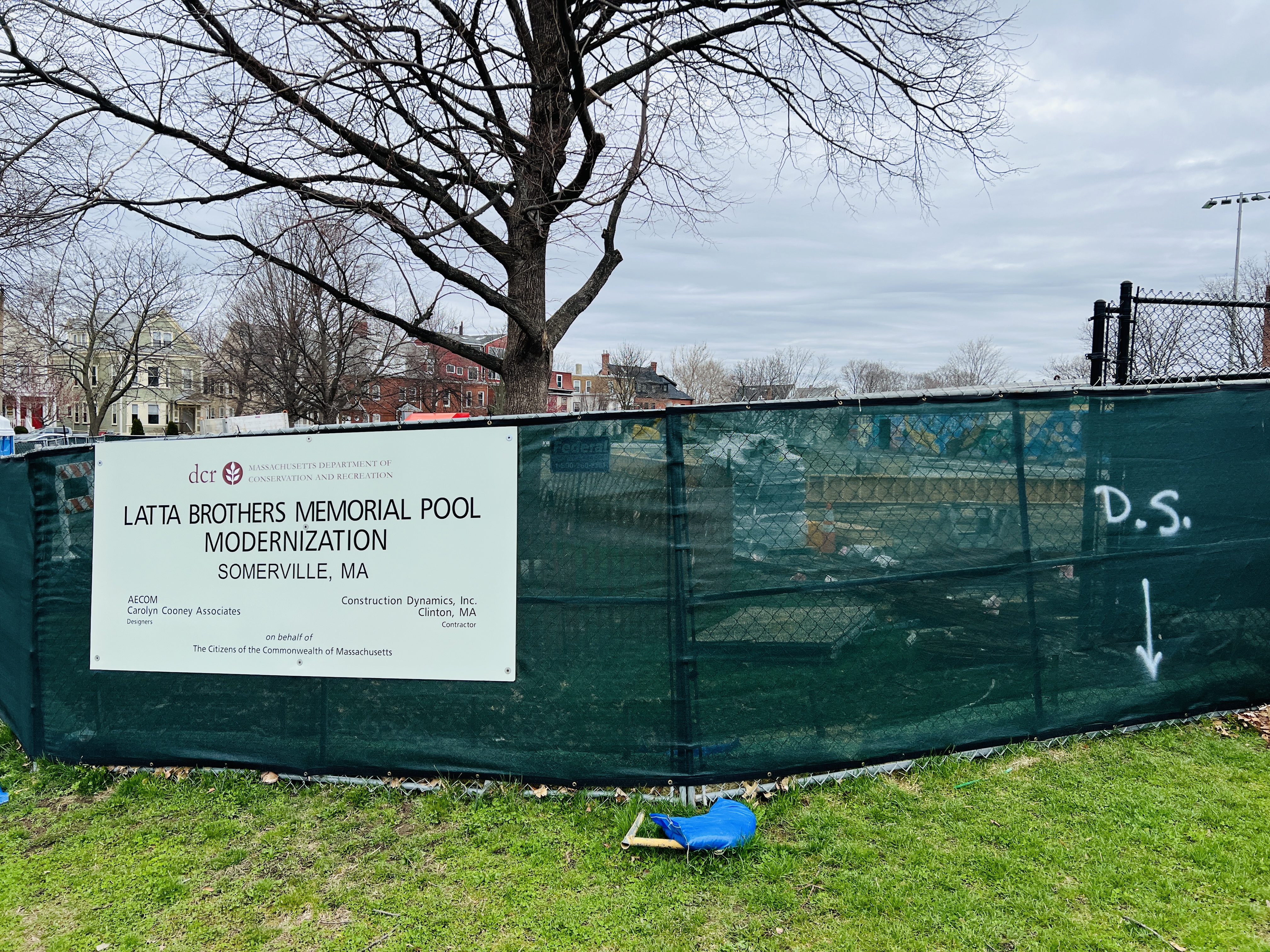 While this modernization project is exciting and overdue, it's frustrating to see construction taking so long and now threatening the 2022 season. When I checked in at the state level about the prospects for opening the pool this summer, things didn't sound promising. Following the poor timing and drawn-out timetable of the splash deck construction two years ago, DCR's track record of sensible construction timetables isn't looking great. 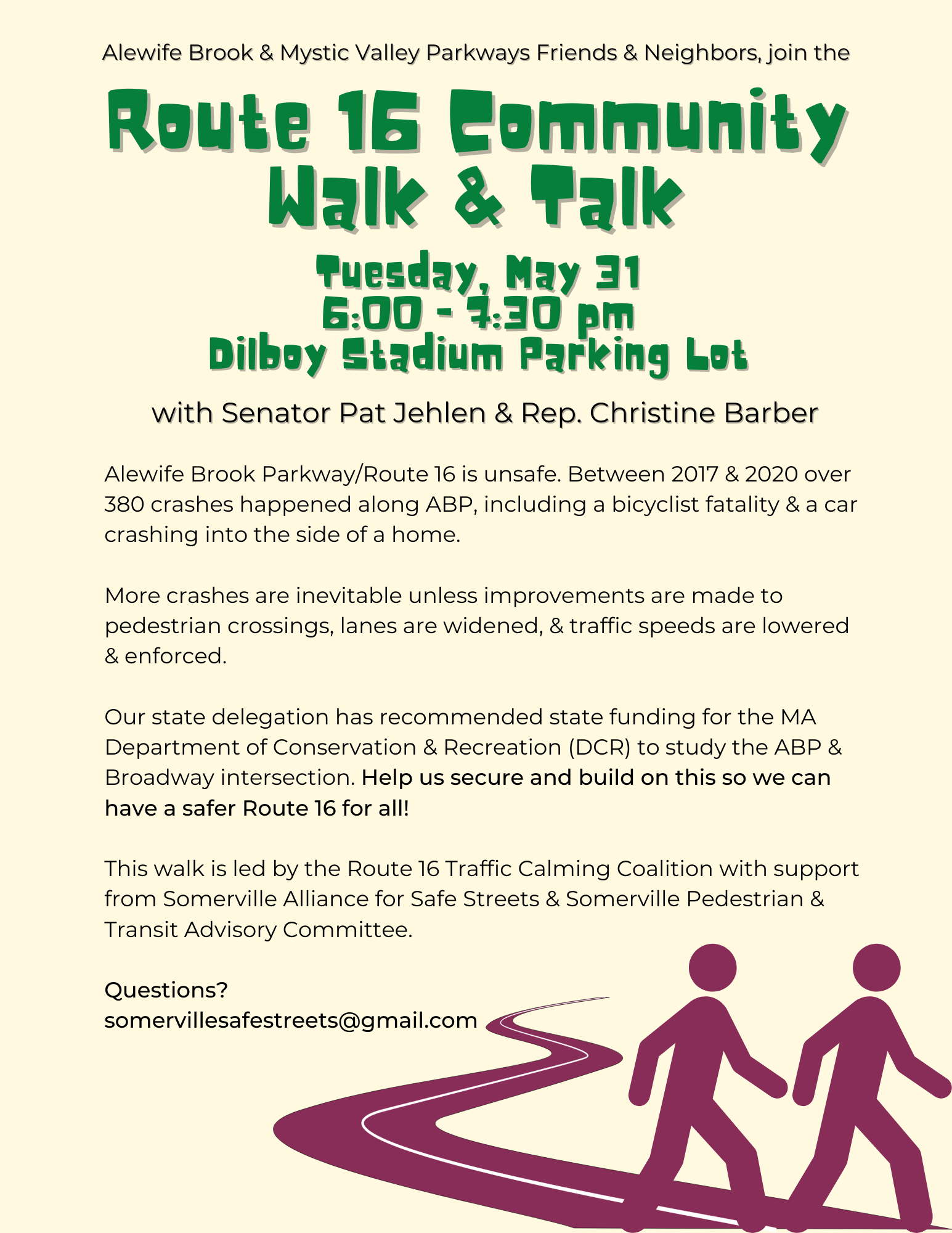 Did You Know....
Thanks to the life science building boom here in Somerville, the City has taken in nearly $24 million in building permit fees. The projected revenue from this in the FY 2022 budget was $8.5 million, so this is a very welcome windfall at a time when inflation is presenting challenges for us with the FY 2023 budget.

Highland Ave survey deadline extended
The deadline to complete the important Highland Ave Redesign Survey has been extended to May 31. Please take a moment and share your views!

Additionally, the City of Somerville currently is seeking responses to the Bicycle Network Plan Survey.

Help fill our boards & commissions!
The Mayor's Appointments Advisory Committee (AAC) currently is seeking five new members. The AAC has the important job of reviewing applications and recommending finalists to the mayor to fill vacancies on our boards and commissions.

Here are some of the other current vacancies on boards and commissions:

Office Hours
In light of the dangerous heat index forecasted for Sunday, I'm going to go virtual with group office hours on Sunday morning from 10 to 11:45 AM.

I also offer on-demand office hours to fit your schedule or for those who prefer to meet separately. I enjoy these conversations with  constituents, so please book a time to meet in person or virtually directly on my calendar via my Calendly.

The Week Ahead
My next week is packed, with three committee meetings, followed by the regular City Council meeting on Thursday. Here's what I'll be attending next week: