When the agenda for last night's City Council meeting went out, two items on it immediately caught my eye: the Local Historic District at 125 Highland (see below) and the appointment of eight patrol officers for the Somerville Police Department.

As I discussed in my previous newsletter, the question was raised last week in our Confirmation of Appointments and Personnel Matters (CAPM) Committee meeting whether three of those patrol officer positions actually were in the budget -- and if they were, should they be?

As promised, I spent the previous week going back and watching video from Budget Season last year, as well as talking to my predecessors and some current colleagues about their recollections of those discussions and the agreement that came out of it. In the end, it was absolutely crystal clear to me that ALL parties had agreed last year that six of the 94 patrol officer positions in the FY 2022 budget were NOT to be funded and filled until the findings of the police staffing study were available to inform that decision. 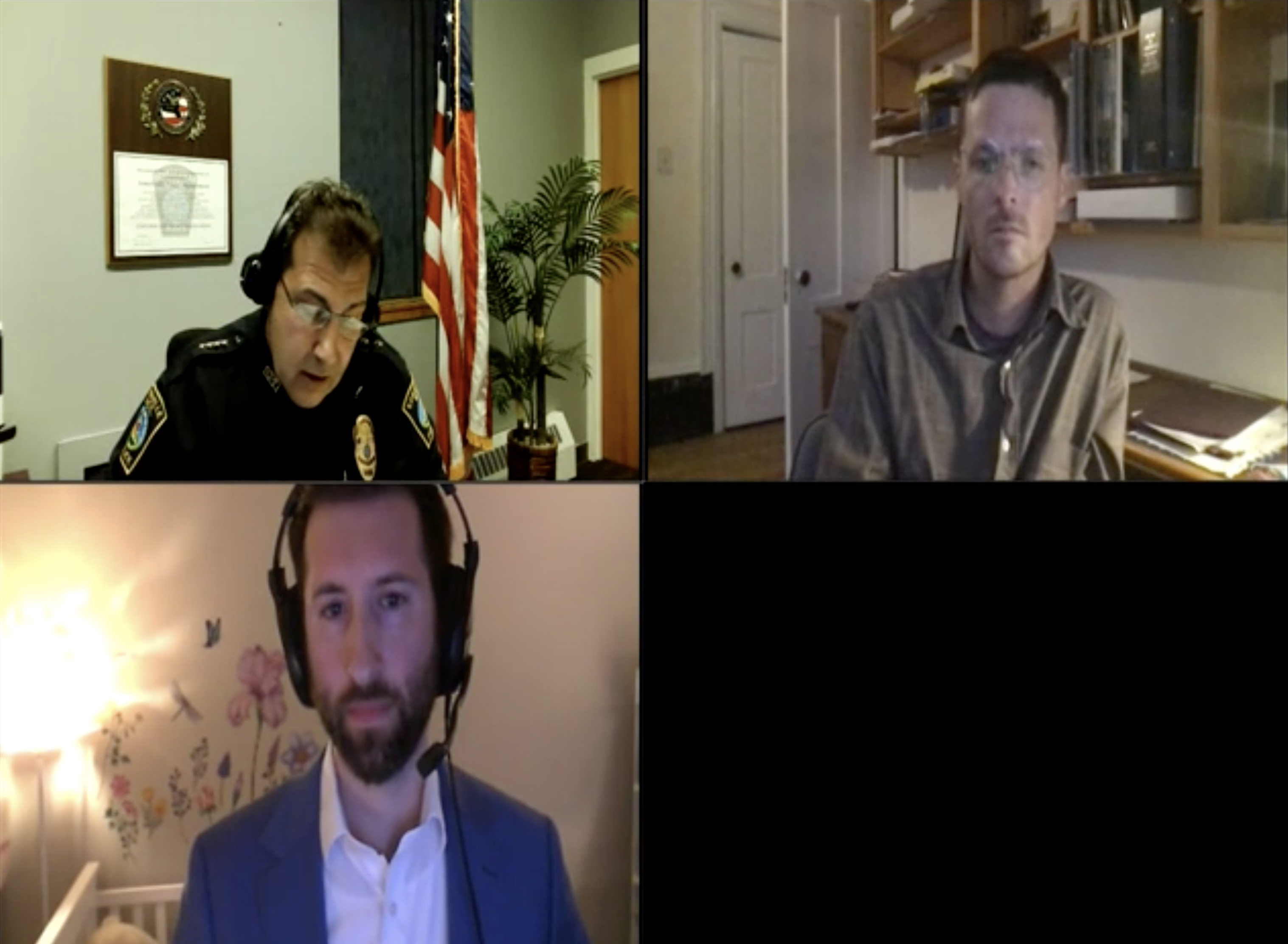 In light of that knowledge, this was no longer about police staffing levels or defunding/refunding the police. This was about keeping commitments to each other and the public, and about respect for the City Council and our role in oversight.

I understand the desire to increase patrol officer staffing levels in SPD to reduce forced overtime and alleviate fatigue, stress, and morale issues. It's true the policy staffing study is far behind schedule and most people involved in those discussions last year genuinely didn't expect to be in this position this late in FY 2022.

Had the Administration come to the City Council, asked to revisit the patrol office budget, and made a compelling case for this, I would've listened to what they had to say. It still would've been a tough sell without the police staffing study and the resulting community process providing guidance on what proper patrol officer staffing levels should be in Somerville, but I would've kept an open mind.

Instead, three of the eight appointments were sent to CAPM without proper funding in the FY 2022 budget. We were given vague reassurances about retirements and promotions and shown a convoluted document that confused more than it explained. Except the math was extremely straightforward and basic, and these numbers we were being given just didn't add up.

Ask anyone who spoke to me about this over the past few days and they'll tell you I had grown increasingly upset about this. I was upset at what was a clear violation of the budget agreement reached last year. I was upset that this was put before us in CAPM and the City Council in general. And I was really upset that three fine candidates I voted Yes on in CAPM were caught up in this situation, through zero fault of their own.

So I was extremely relieved last night when we were told the plan was to hold off on taking up the three appointments that didn't fit into the FY 2022 budget agreement. I want to thank my colleague from Ward 7, CAPM chair Judy Pineda Neufeld, as well as the Administration for this decision. This was the best outcome to a messy situation, and I appreciate their willingness to listen to fact-based objections.

My colleagues and I ended up having a high-level discussion about policing, violent crime, vulnerable populations, and patrol officer staffing. Then we officially confirmed the appointment of five new patrol officers while avoiding outright rejections of the three patrol officer appointments without positions in the budget. When we have legitimate, funded patrol officer vacancies down the road, I'm looking forward to confirming these three individuals. And I think that's something to feel good about, considering how contentious things were looking a few hours earlier.

Here are some other things I'd like to highlight at the moment:

125 Highland
I was encouraged to hear the news from Ward 3 Councilor Ben Ewen-Campen on Wednesday evening that the current owners of 125 Highland Avenue (the First Universalist Church) and the potential developer have indicated they're interested in exploring a different approach that would preserve the historic church as part of a residential development. We had been scheduled to vote as a City Council last night on a Local Historic District designation for the site, and previously the owners and developer had been strongly resistant to that. 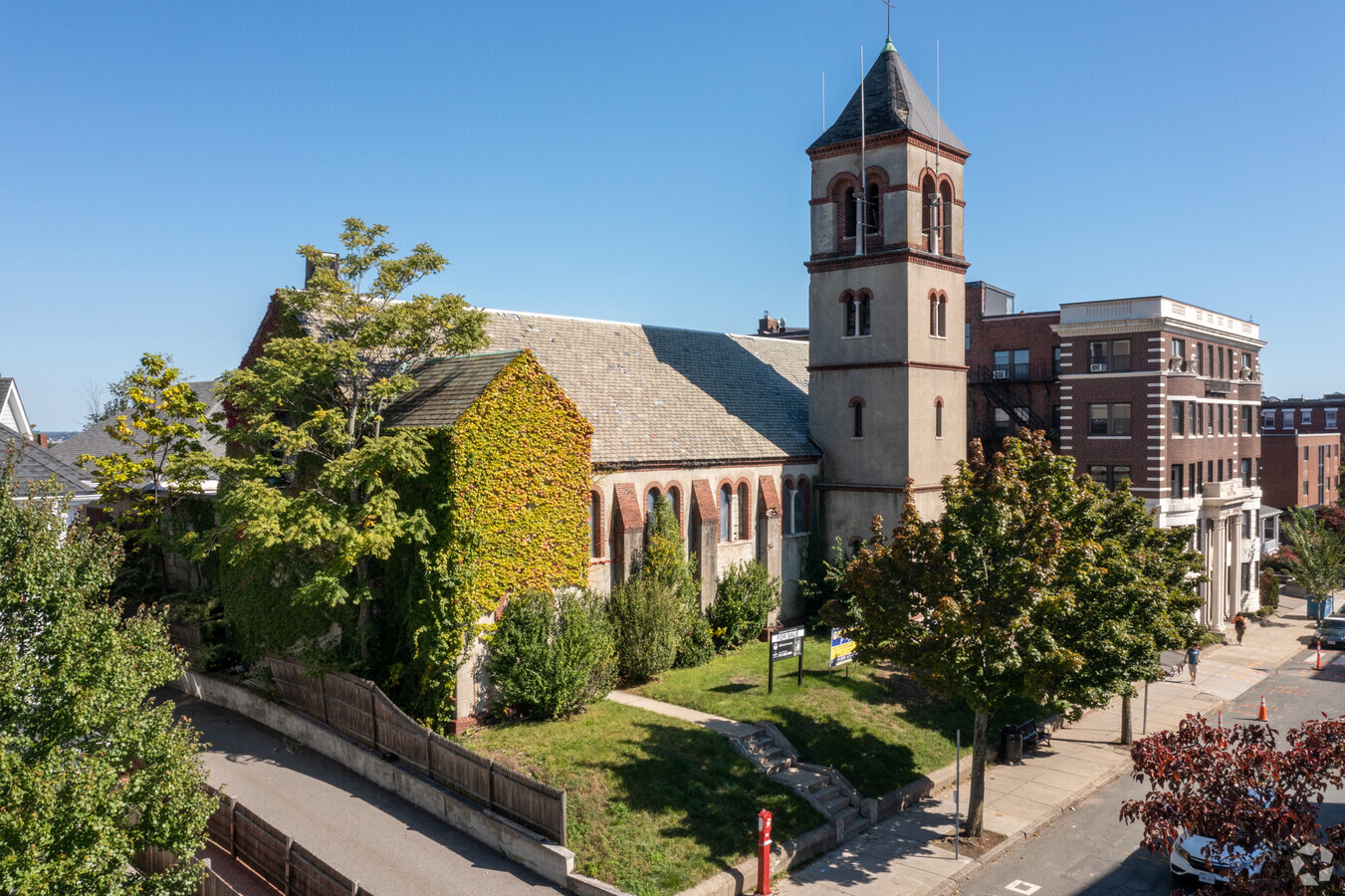 I've been pushing for exactly this in my discussions with all the parties, as I believe this would be a win for all parties: the current owners are paid a fair rate, the developer can proceed with the project (possibly by tapping into public preservation funding sources), our city gets more housing (including affordable units), and a building that appears to have historic importance to the vast majority of the neighborhood is preserved.

299 Broadway
It was great to see so many of my neighbors turn out on Tuesday night for a neighborhood meeting to hear about an important update from Mark Development about their proposed project at 299 Broadway, the former Star Market site in Winter Hill. The public seemed to share my enthusiasm for a revised proposal with 141 new affordable housing units, including 19 three-bedroom affordable units. There still are some hurdles to clear, but I remain optimistic about this project. If you missed the meeting, here is the presentation and here is the archived video.

I also want to call your attention to the Ground Floor Activity survey from the City and the new Winter Hill Civic Advisory Committee. This survey asks residents what kind of businesses you'd like to see in the commercial spaces on the ground floor of a development.

Biking Infrastructure Talk
The Somerville Bicycle Committee and the Somerville Alliance for Safe Streets are co-sponsoring a monthly speaker series Streetwise (formerly Bike Talk). This month's speaker is Amber Cristofferson, Greenways Director of the Mystic River Watershed Association, who will be talking about the great things happening with bike path infrastructure in our area. 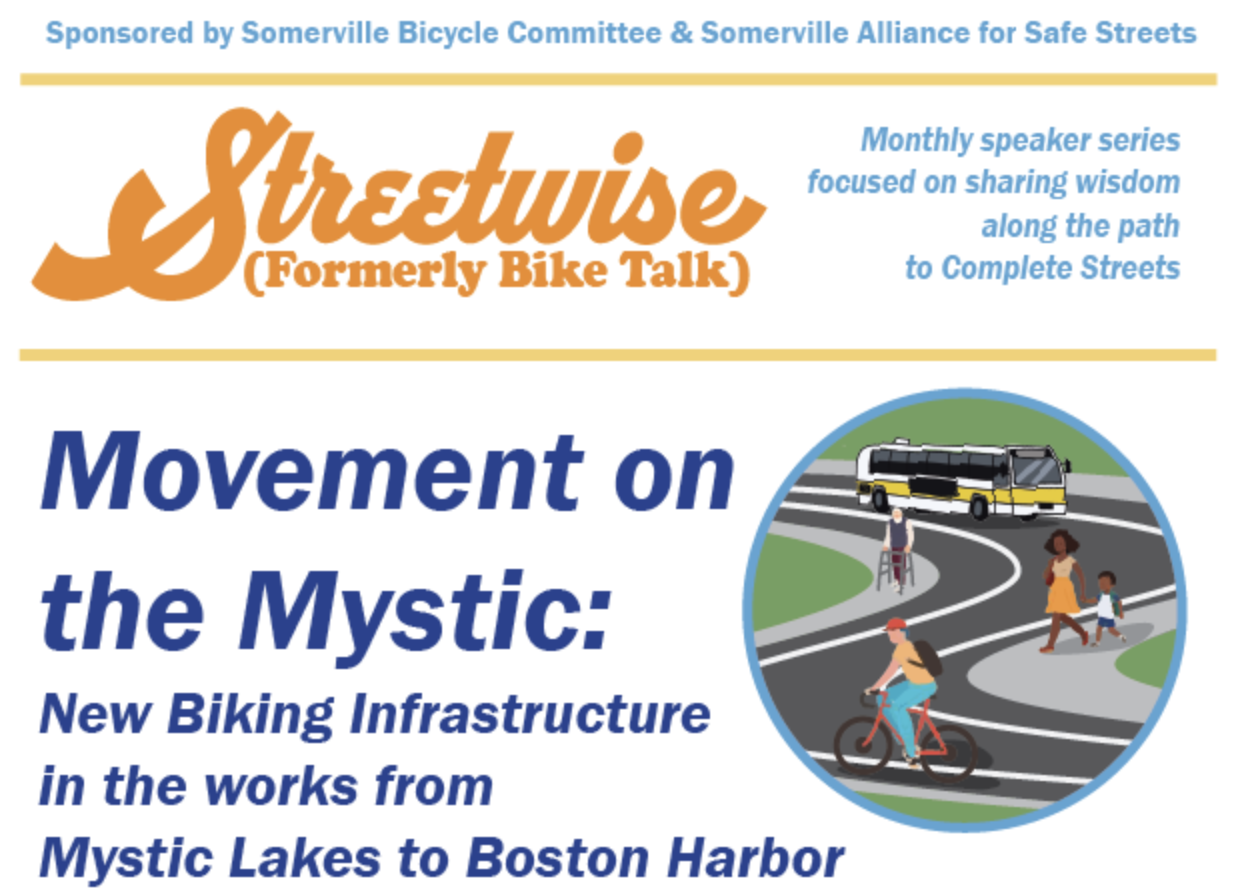 The talk will take place from 6:30 to 7:30 PM on Wednesday, April 20 at Aeronaut Brewing Company (14 Tyler Street). Or join remotely via Zoom here.

Yard Waste Pickup Resumes
Beginning Tuesday, April 19, yard waste can be put out in a paper bag or a trash container with a YARD WASTE ONLY sticker, along with your trash and recycling on your normal collection day selected weeks. You can see the schedule of yard waste pickups here. 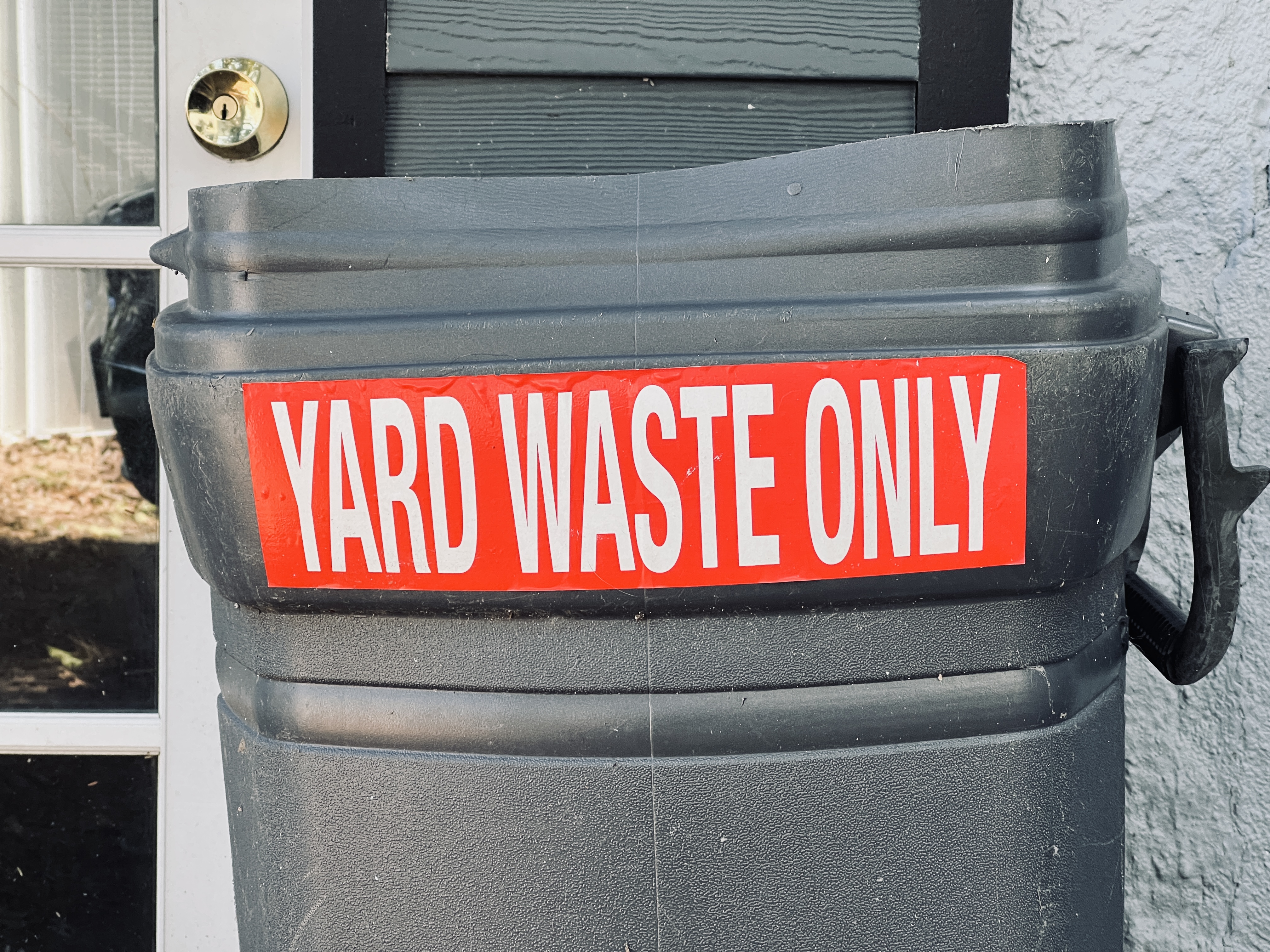 Yard waste stickers are available free of charge at the DPW Building (1 Franey Road) or the entrance desk at City Hall (93 Highland Avenue). Or you can submit a 311 request to have one mailed to you.

Patriots' Day Colonial Fair
Put on your best colonial garb and head over the Foss Park on Monday, April 18 for a Colonial Day celebration of Patriots' Day from 10 to 11:30 AM. There will be colonial fare, games, and activities -- as well as a re-enactment of Paul Revere's legendary ride from Boston to Lexington. Interested in volunteering at the event? Email [email protected] for details.

Did You Know....
One of the key strategies to reduce our rodent populations in Somerville is to remove their access to food. Trash and recycling receptacles are one of rodents' main food sources, so it's important that these be covered and intact. If your trash or recycling receptacle has holes chewed in it, you should request a new receptacle. You can do that by submitting a 311 request. 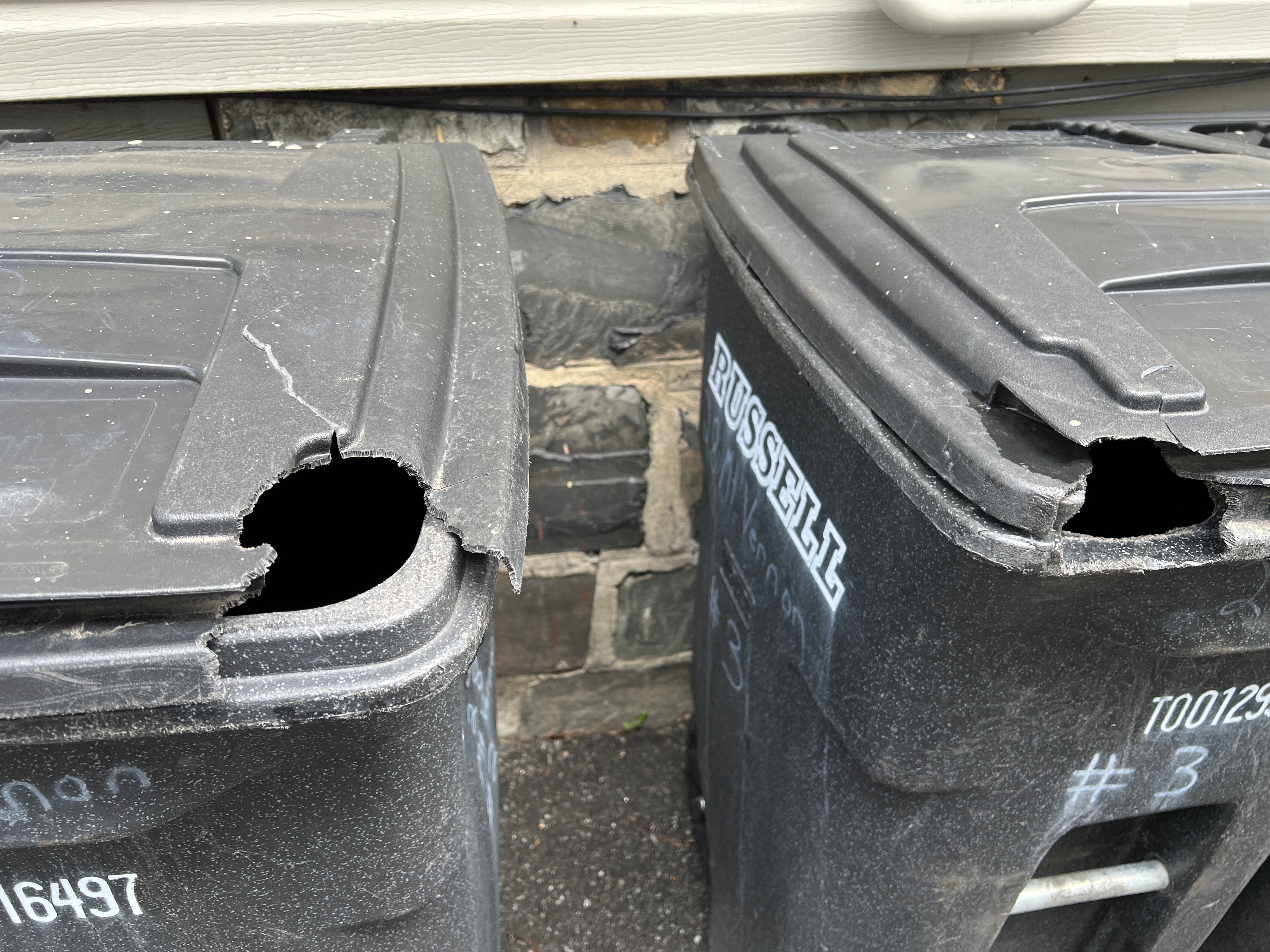 Board & Commission Applicants Wanted
Looking to get more involved in our city? Serving on a board or commission is great way to do that. Here's an freshly-updated list of vacancies the Administration currently is looking to fill:

Job Vacancies
We continue to have a lot of job openings in our city. If you or someone you know is looking for the next step in their career, both the City of Somerville and Somerville Public Schools are hiring.

Office Hours
Due to the multiple holidays happening this weekend, I won't be holding group office hours on Sunday morning. Group office hours will return next week (Sunday, April 24) at a slightly earlier time of 9 to 11 AM.

And I'm continuing to offer on-demand office hours convenient for your schedule to meet outside of group office hours. If you'd like to book a time on my calendar to meet in person or virtually, you can do that directly on my Calendly.

The Week Ahead
In a truly strange occurrence, I have no City Council meetings next week. So I'm going to be dropping in on some other meetings of interest. Here's what I’m planning on attending this coming week: